As the very first blog post of 2018, it’s rather fitting that I’m starting the new year in style with a rather wonderful selection of wines, courtesy of Encomienda de Cervera. So if you haven’t grasped already, I won’t be taking in part in dry January. Shocker I know.

Over the past couple of years, my love for wine has solidified into a full- blown passion, and I’m beginning to learn a fair bit about individual regions and grape varieties. So when I managed to catch up with Encarna Castillo, export manager of Encomienda de Cervera, I couldn’t help but be intrigued by the range of wines on offer.

I was generously gifted with three Spanish wines, including a Tempranillo, Tempranillo-Garnacha, and a Cabernet Sauvignon.  Encomienda de Cervera aren’t widely available in the UK as of yet, so they’re actually a fairly exclusive company. Fingers crossed they’re seen on the shelves more often, as they produce some absolutely cracking wines. 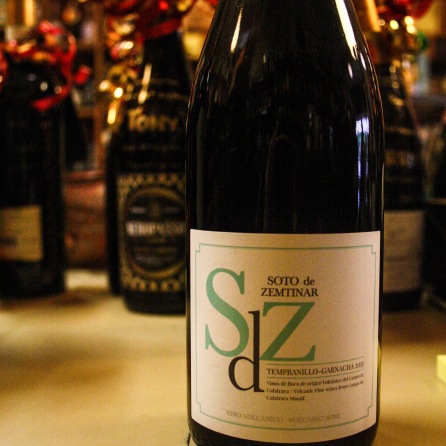 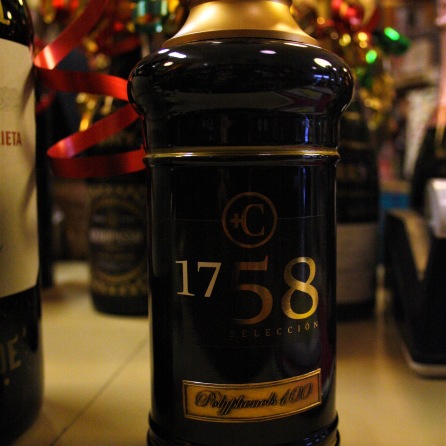 Encomienda wines are distinctive in their taste and texture, due to the volcanic soil that the grapes are produced in. The estate itself sits at an altitude between 750-850 metres above sea level, which allows the grapes to experience cooler temperatures and retain character. Grapes are then harvested during low- temperature hours to balance acidity.

I’ve been giving these wines a spin with family and friends over the festive period (I could have easily polished them all off myself, but I thought I’d try and be generous), and its safe to say that each tipple has gone down rather well. A little too well on occasion…

We first chose to dive into the 4T4 Tempranillos, the most common of Spain’s grape varieties. The key characteristics of this wine stem from an atypical mixture of varying Tempranillo grapes- the grapes then undergo a 10-day maceration process before maturing in French and American oak barrels for 12 months.

Out of the three wines I was gifted with, this was hands down the most complex. While the berry nose is bright and juicy, the taste itself is incredibly oaky, and seems somewhat at odds with the wine’s initial bouquet. Despite being relatively thin in body, the tannins are pretty intense even for your usual Tempranillo, and leaves length on the palette. My least favourite of the three wines, but a decent effort nonetheless. Pair with meaty dishes, or anything with a tomato-based sauce.

After a slow start, my friends and I decided to continue our wine-athon by cracking open the Tempranillo-Garnacha. This is a hugely popular blending that combines two of Spain’s core red varieties, which can also be used to produce rose wine. Garnacha grapes generally add body and aroma to blends, as well as distinctive berry notes.

This wine was very well received, and far easier on the palette than its predecessor- light and fragrant, with a welcome lack of oak. There’s gentle hints of fruit on the nose, with bites of strawberry adding a refreshing acidity. The overall effect is fresh and clean, and works as an excellent accompaniment to tapas and light dishes.

Last but by no means least, was the 1758 Cabernet Sauvignon. This is a special edition of the 1758 (hence the fancy bottle)- a ‘Polyphenols 100 Dark’ to be exact. Polyphenols are a type of antioxidant that are found abundantly in red wine, as its processed using the entire grape rather than just the juice. So basically, this wine is super healthy for you, and I’d encourage you to drink as much of it as possible.

I generally can’t resist a Cab Sauv, and this one certainly didn’t disappoint. The small additions of Syrah and Petit Verdot grapes add a certain bite and depth, as well as producing great body and mouth feel. There’s plenty of sweet and spicy notes, such as caramel, cinnamon and paprika, which add complexity to the overall taste. A surprisingly well-balanced wine that works well with steak, stews or cheese.

I’m absolutely chuffed to bits to try such an intriguing range of wines. While I may not have gone wild for all of the blends on offer, I certainly appreciate trying something new and refining my palette, as well as building up a sound knowledge of Spanish wine. Make sure to keep an eye for Encomienda- there’s a very bright future ahead of them.

If you’d like to find out more about Encomienda Wines, visit http://encomiendadecervera.com/